This path offers numerous natural and cultural attractions to be traveled, among which the Royal Artillery Factory stands out, the remains of a pioneering iron and steel industry or the flour mills next to the Hozgarganta river, the last virgin river in Andalusia. A river that connects history and nature, especially as it passes through the Alcornocales Natural Park in Jimena de la Frontera. Later we will go up to the fortress built on the ruins of the Roman Oba, an important point on the road between Córdoba and Carteia, the castle consists of an irregular walled enclosure that surrounded the old town. 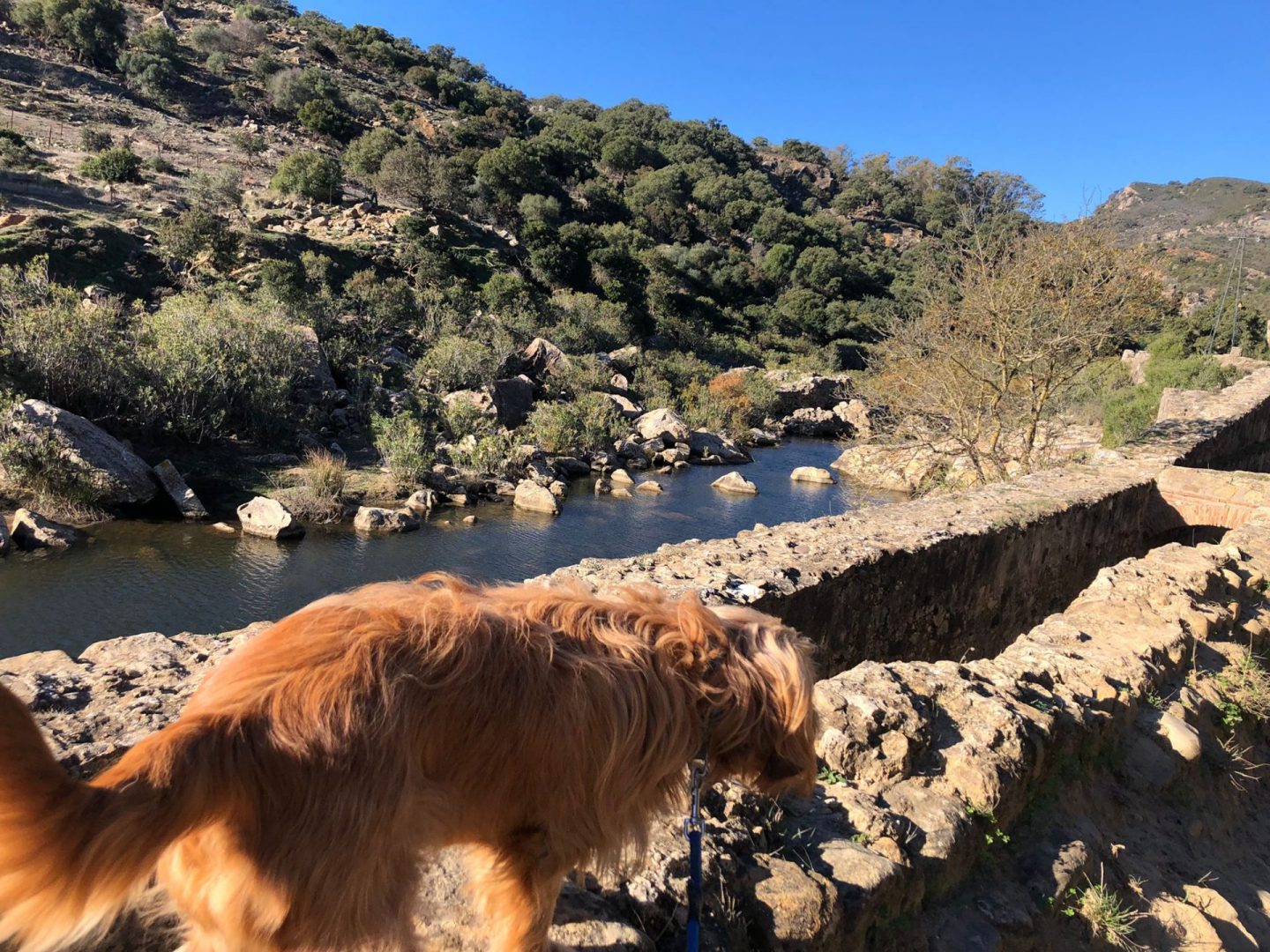 Its interior is dismantled and occupied in part by the cemetery, preserving the complete entrance door to the Patio de Armas that is articulated according to two pointed horseshoe arches, the upper one advanced with respect to the lower one to favor its defense, and this one preserves some remains of its old decoration painted on the basis of geometric motifs. This gate is protected by a rectangular tower known as the Clock Tower. The castle is taken to the Muslims in the year 1431, returning to recover it these in 1454 until the year 1456 in which it is definitely taken by the Christian forces under the command of Enrique IV; being later sold to the Duke of Medina-Sidonia don Enrique de Guzmán in 1471 for its defense and maintenance.

• LOCALITY AND PROVINCE: Jimena de la Frontera, Cádiz.
• BEGINNING / END COORDINATES: 36.441912, -5.458816
• COURSE LENGTH: 6 Km approximately / 3.74 mi.
• SLOPE: 127 m / 614 ft
• DURATION: 1 hour 50 minutes
• DIFFICULTY: Low.
• PERSONAL AUTHORIZATION: Not necessary. Check the castle’s hours.
• LANDSCAPE, FAUNA AND FLORA: Wide panoramic views of the valley and remains of old buildings. Along the river bed we mainly find Acebuches, Cork oaks, Quejigos, Eucalyptus, Oleanders and ash trees. Flying we will be able to observe griffon vultures, short-toed eagles and booted with luck.
• SHADOW: Scarce.
• RECOMMENDATIONS: Bring drinking water, clothing and appropriate footwear for walking.
• HOW TO GET THERE: From the A405, towards Ronda, continue until you reach the Jimena de la Frontera junction. Continue straight ahead until we turn left at the Cuenca restaurant, we go down Pasada de Alcalá street until before the river where the beginning of the route is indicated.

The route is completed on 12/6/2021 by parking your car on Pasada de Alcalá street near the Civil Guard. We descend towards the Hozgarganta river which rises at the confluence of the La Sauceda and Pasada Llana gorges, at an altitude of about 160 meters. It has a total route of 35 kilometers, being one of the few unregulated river channels in its entire basin.

The Royal Artillery Factory was built during the second half of the 18th century to manufacture war material (mainly bombs) necessary for the defense of overseas colonies. From here they left, until the mouth of the Palmones river, numerous munitions during the Great Siege of Gibraltar (1779-1783).

Later we will go up to a work cross and from here we will go to the town towards the castle where we will make a stop to admire its views and its history.